What was the nice saying our good teacher at school used to say? "Bean by bean you fill the sack", which means that we should not be impatient to achieve our financial goals.

We brought a bag of black beans to our kitchen and we are looking forward to combining them with other ingredients, as there are many suggestions.
The black-eyed beans in my village, are sown in the fields which have rich soil and are used exclusively for cereals and pulses.
My grandfather used to tell me that in the spring, after the end of the rains, the field was "sprouting". They plowed the soil at least three times to retain moisture, since the crop was anhydrous, meaning it was not watered.
Sowing was at the end of May or early summer when the temperature rose. In July and August they received cool, green beans called vine beans. When they harvested, mainly in late August to early September, they picked the seeds from the pods.
The fruit was stored in small clay pots, or in cotton bags for moisture protection. Along with the fruit, they usually added sage branches in order not to "worm", that is, not to be infected by insects.
During the fasting season, a good idea is to combine these beans with something appropriate, like octopus.
I've talked to you many times about my dad, who has been a fisherman for years and years. Whenever I asked for something, he would always do me the favor. An octopus fresh or in the fridge is always there at home.
We need protein but we don't want many calories. Black-eyed beans combine both. Rich in nutrients and amino acids, they cover our daily needs for fiber and folic acid. In addition, thiamine, that is, the abundant supply of vitamin B1, participates in key metabolic reactions to produce energy and is equally important for brain cell function, memory retention and cognitive abilities.
Octopus, on the other hand, has the least cholesterol of all seafood and is a source of vitamins, such as B3 and B12. It is rich in many basic minerals such as calcium, potassium, phosphorus, selenium, which help to perform vital functions.
So let's see how well we can marry legumes with seafood, black-eyed beans with octopus.

Method:
From the previous day, put the black-eyed beans in water to soak.
After they have swollen, strain them and boil them in a saucepan of salted water for about half an hour until they are cooked and allow to cool.
Rinse the octopus and place it in a saucepan with vinegar and water until covered. Let it cook well for about 45 minutes. Remove from the water, cut into small pieces in a bowl and add some vinegar, olive oil, pepper and a little oregano.
In a large bowl, put the black-eyed beans and chop all of the other ingredients, peppers, dill, onion and fresh tomatoes. Finally add the octopus and capers.
Drizzle with olive oil and season with a little salt and pepper if needed and mix well.
It is a great salad that I would recommend. You can play with the ingredients adding or removing depending on your taste. 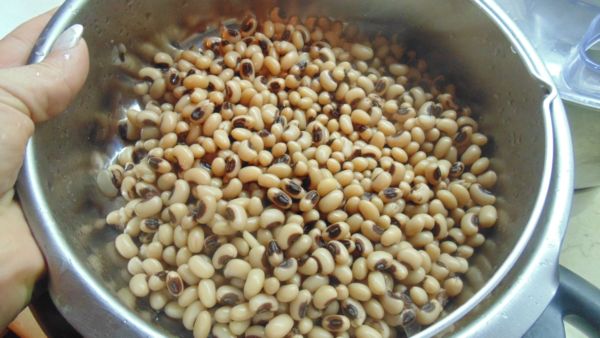 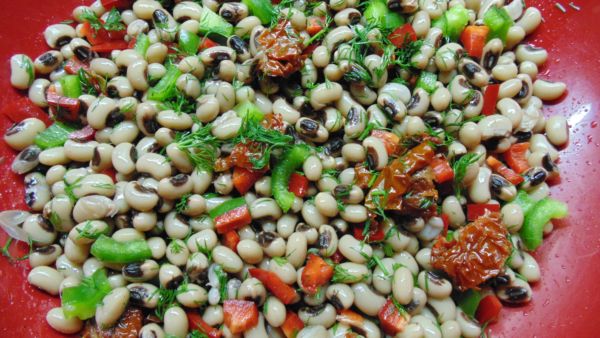 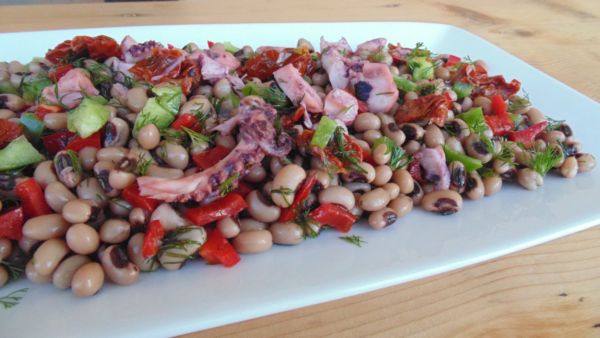