The first of January is a milestone day for all the year that follows. The whole planet welcomes the New Year in a very festive way that it has been shaped over time and based on new socio-economic conditions.

Method:
Wash the cockerel and wipe it with absorbent paper. Drizzle with olive oil very well and sprinkle with salt, oregano pepper and inside. Leave covered in the fridge until the filling is done. Chop the chestnuts and put them in a pan with enough water to boil for about 20 minutes. Strain from the water, allow them to cool and then peel them.
In a bowl, put the raisins, apricots and cover with wine. Allow to soften for a while.
Roast the pine nuts in a frying pan.
Cut the liver into small pieces. In a large frying pan put the olive oil, onion, leek, and the garlic finely chopped. Allow to sauté and add the livers. Cook with wine and add laurel, cumin, salt and pepper. Pour the raisins and apricots after straining them first.
Add the rice, stir and gradually add the broth. Leave for 5 minutes and add the pine nuts and chestnuts and stir. Remove from the heat and add the orange zest.
In a casserole, slice the oranges and spread them all over the bottom, and then do the same with the carrots. Put the cockerel in the middle and fill it with the mixture with a spoon, try to stuff it deep. We can close with a whole in the cockerel with a potato or close it with toothpicks.
Pour the broth and 100ml olive oil into the pan. Put a lid on the casserole and bake in a preheated oven at 200 degrees near the bottom of the oven for about 2.5 hours. When ready, heat the wine and stir the honey to melt. Slowly cover the cockerel with the mix and bake for another quarter with an open lid. 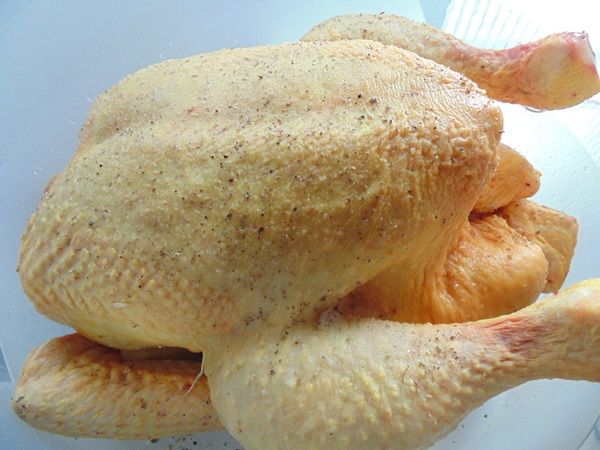 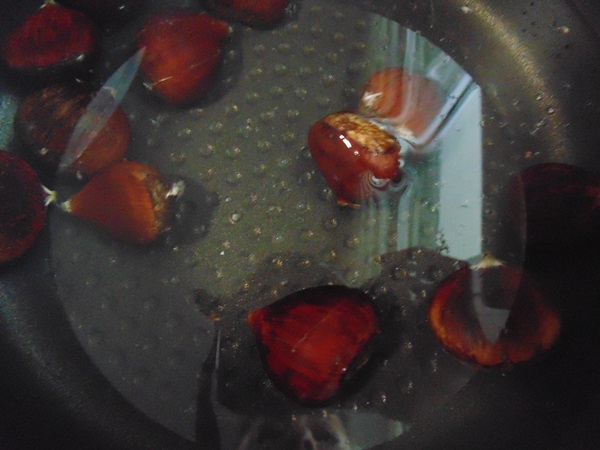 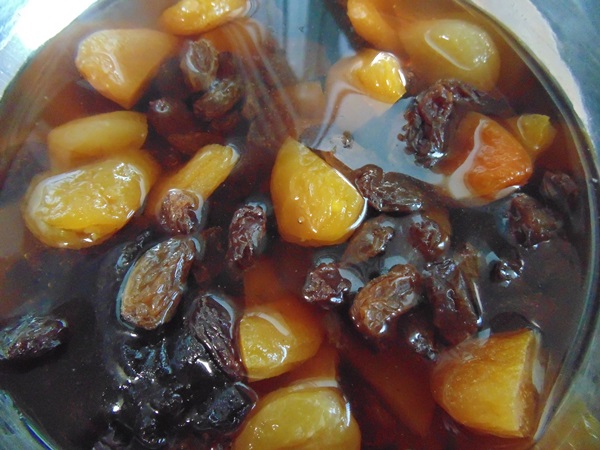 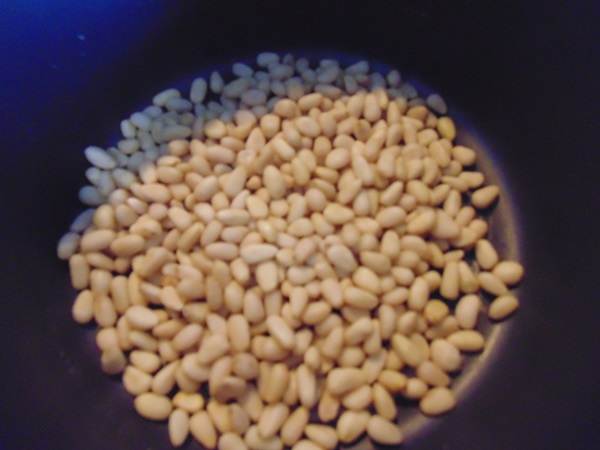 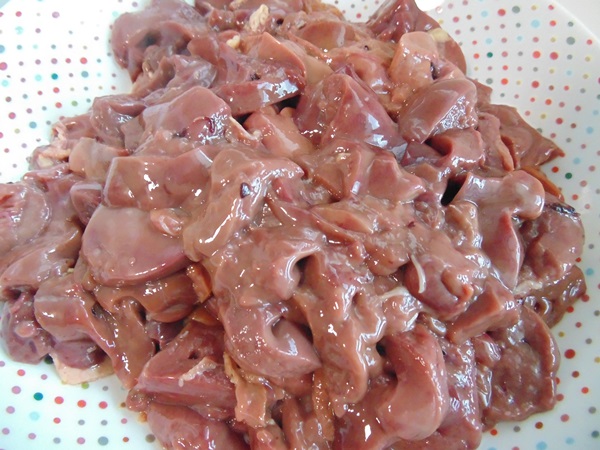 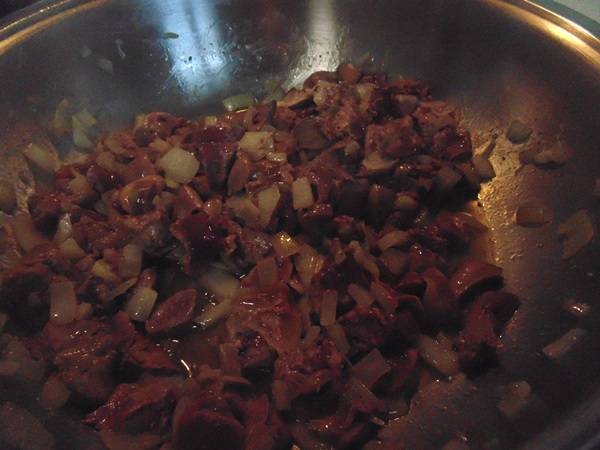 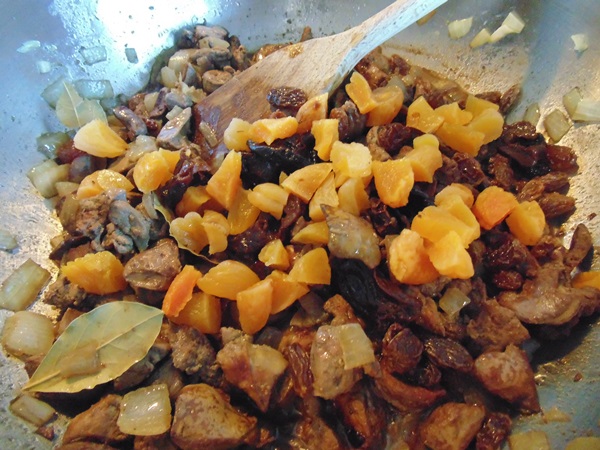 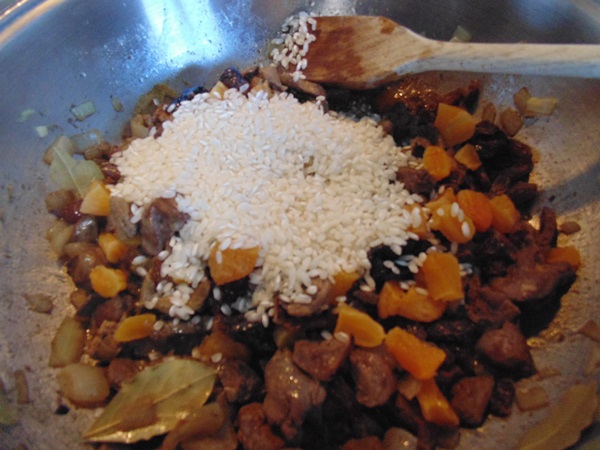 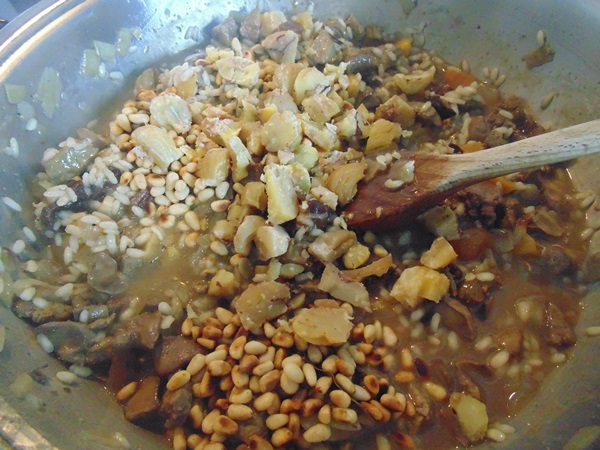 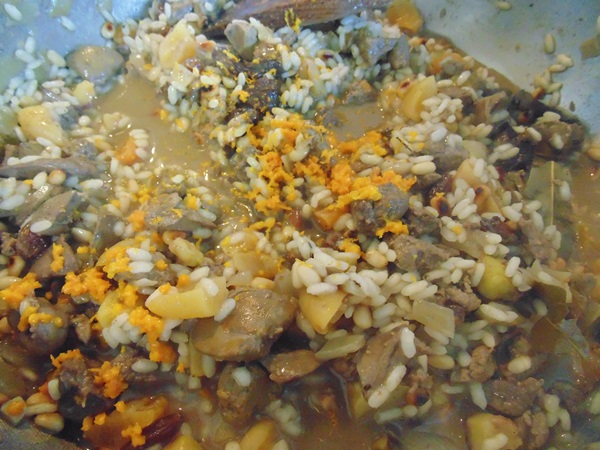 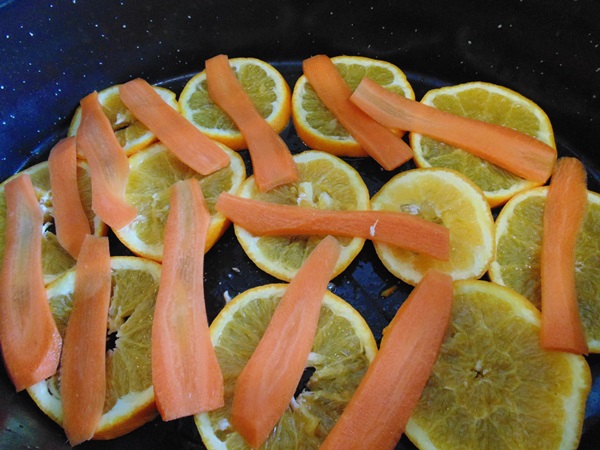 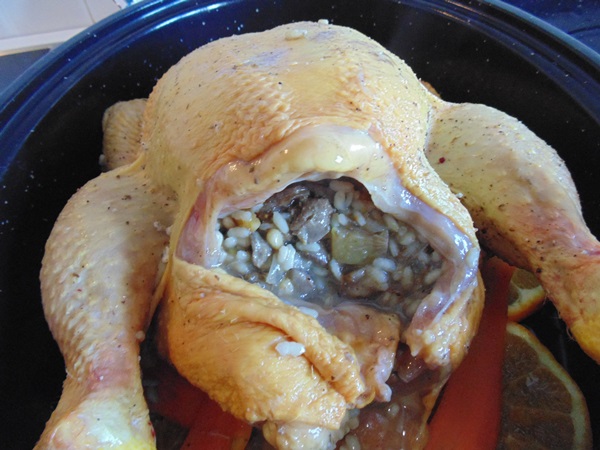 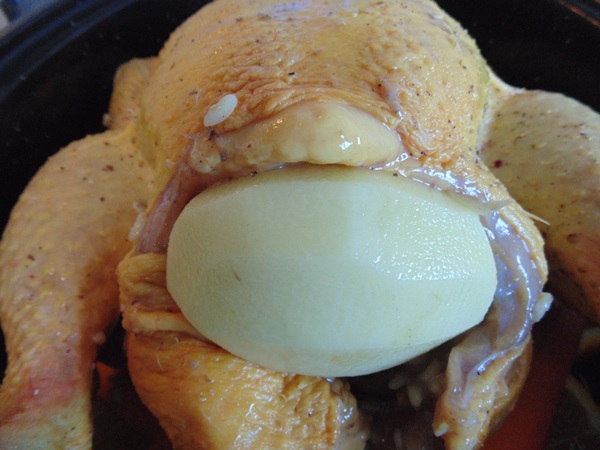 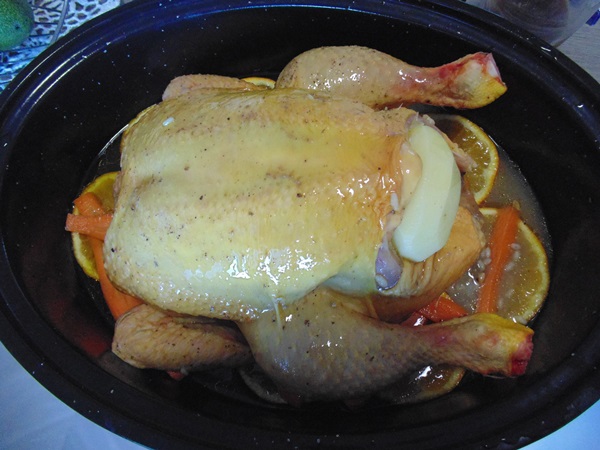 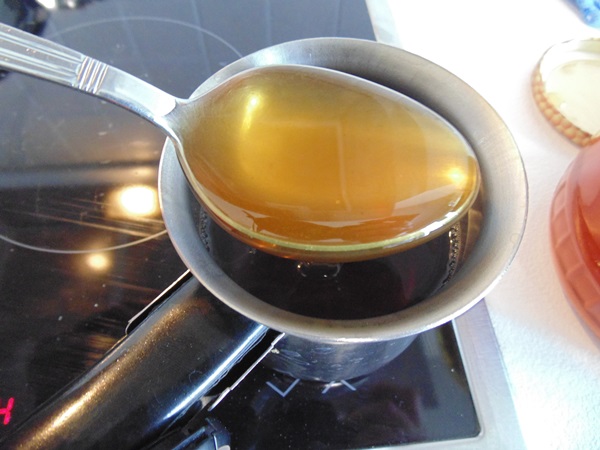 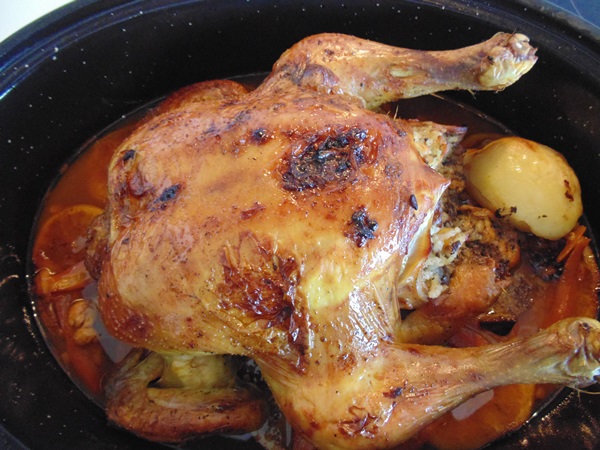 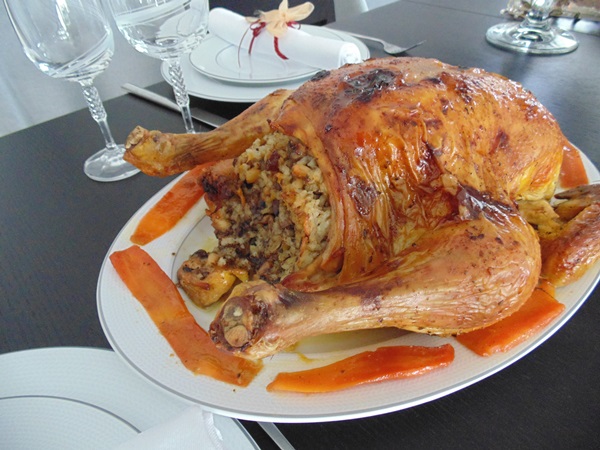 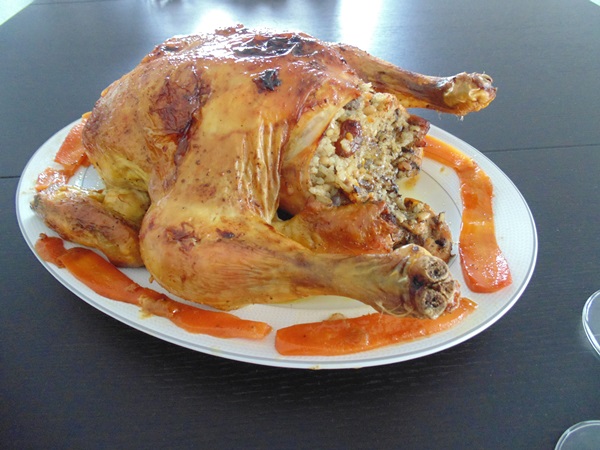