August for Greeks is the month of the Virgin Mary, as she is remembered and commemorated on the celebration of Assumption of the Virgin Mary on the 15th August. Thousands of faithful, with souls full of hope and devotion, are counting on countless pilgrimages, where the miraculous images of the Magnificent are being harnessed to cast their own favor on her grace.

Method:
Ask the butcher to give you a side and a front of lamb. Do not wash it because the skin will become soft. Look to see if it has any bristles to extract or burn off. Salt very well on all sides.
Place the lamb in a pan and bake at 200 degrees for two hours. If baking in a wood oven, the oven should reach 250 degrees and also remain closed for two hours.
In about an hour and a half open the oven to turn the lamb on the other side and pour lots of stock into the pan.
Potatoes can also be added. Fill the pan with potatoes, a little salt, oregano, juice from one lemon, 100ml olive oil and half a glass of water. Put the lamb on top and bake in the same way. 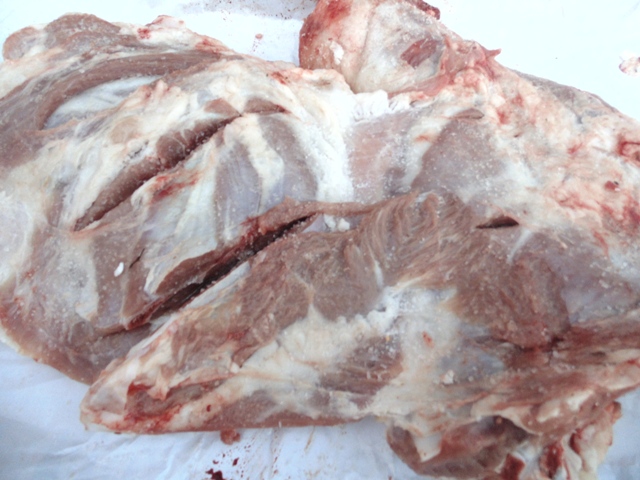 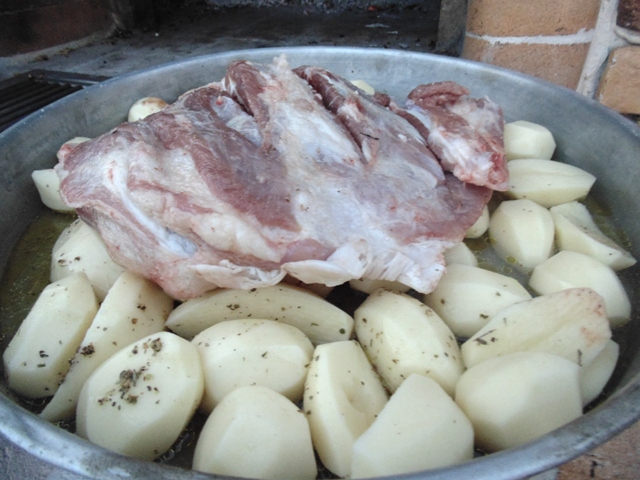 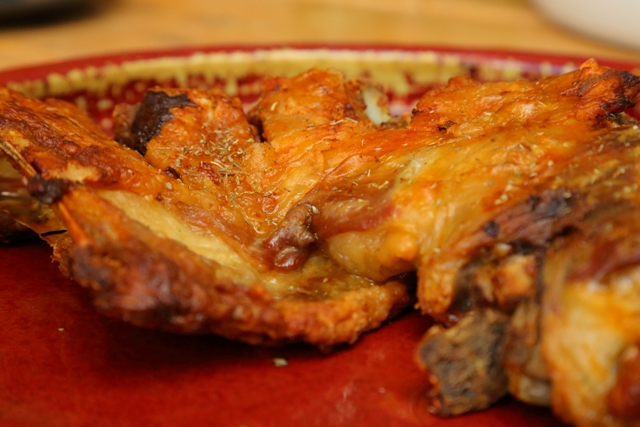 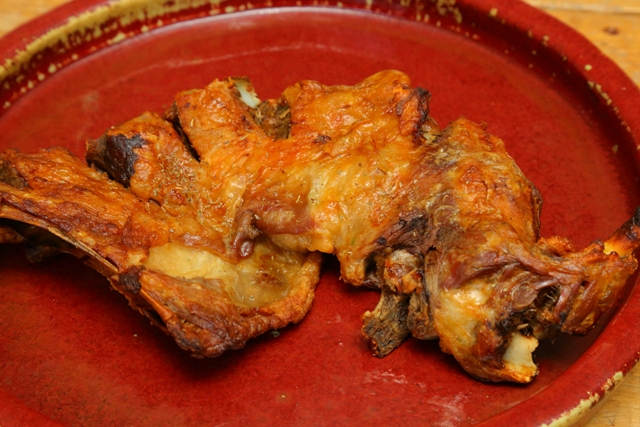 (We thank our folklore-journalist and partner Leonidas Koudoumogiannakis for describing local customs on the 15th of August).