The tales of our grandmothers and mothers are from beautiful childhood memories. They are etched in our memories forever. And even for younger mothers, we like to tell our children tales when they go to bed or it's time to eat. We may be carried away by the fear that our children will not eat well. It's successful using a fairy tale that gets their attention to make eating time more fun. They relax and enjoy their food. I heard a lot of fairy tales as a kid from my mother (not because I didn't eat my food, mind!) as she often liked to tell me these stories, even at lunch time. Fairy tales that talked about fairies and dragons, elves and maidens, fairy tales that took our fantasy to a magical world dominated by love, faith and kindness, which was a world of dreams.

My favorite tale that I wanted to hear again and again was the tale of ‘Kontorevithoulis’ (Short Chickpea). “Once upon a time there was a basket-maker with his wife, who had seven sons but every child they gave birth was smaller than the previous one. When the youngest was born, he did not grow far beyond the size of a chickpea and everyone called him ‘Kontorevithouli’. Although he was short, he was so smart and so ready to achieve far more than his siblings…"
When I became a mother and had my two sons, Aristomeni and Anestis, I kept telling my grandmother and mum's fairy tales even at lunch time. Their most favorite fairy tale was Kontorevithoulis, with his sharp mind and his temper against the hardships, sending the message that everyone can bring about luck if they use logic to overcome life's problems and not let fear or other emotions command us. To claim the life we ​​desire and not become a feather in the wind and to be solid and realistic with the ability to recognize the difference between good and bad.
Now would you tell me what cooking has to do with fairy tales? Recipes, like fairy tales, are transformed according to who cooks or tells them - all their magic is hidden there. Fairy tales, like delicious food, are secrets and it is up to us to discover them. Now I'm not going to tell you yet another fairy tale about chickpeas. I would suggest you taste an original recipe with an unexpectedly delicious result. I will try to marry the chickpeas with the cod, the salted fish that has fed generations and generations and has always been prominent on the Cretan table. Let's go enjoy it.

Method:
Soak the chickpeas from the day before to soften. Squeeze the cod (see here) or you can use squid.
Strain the chickpeas and put them in a pan with enough water to boil for half an hour.
Put them in a casserole dish with liquid from boiling the chickpeas. Add olive oil, garlic, sliced ​​onion, sliced ​​tomato, bay leaves, salt and pepper. Put the lid on the casserole dish and bake in the oven at 200 degrees for another half an hour.
Take the lid off the casserole and put the cod in. Continue roasting for another quarter of an hour.
This dish can be served straight from the pot. 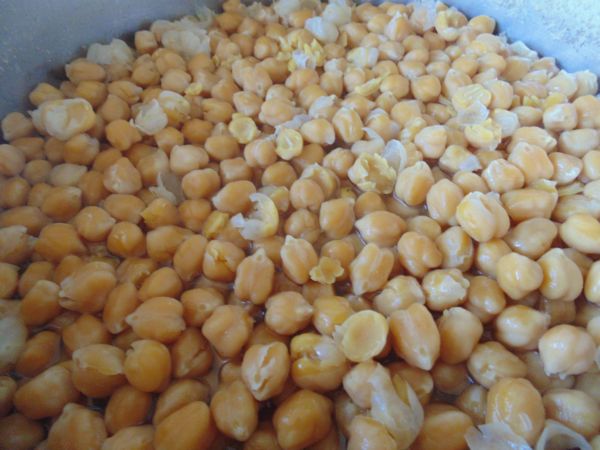 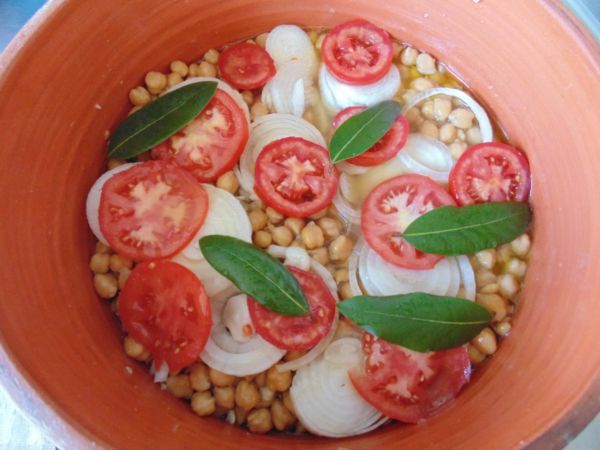 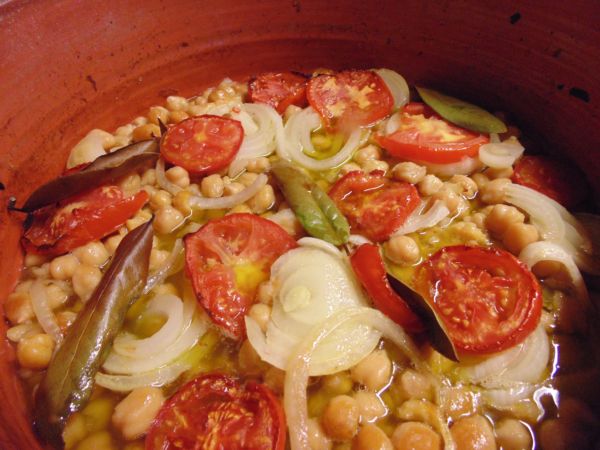 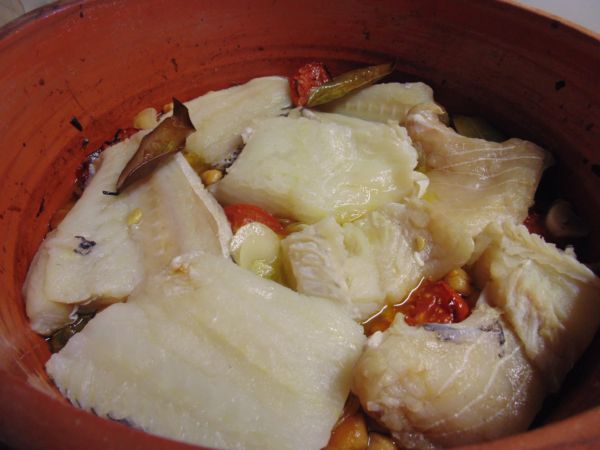 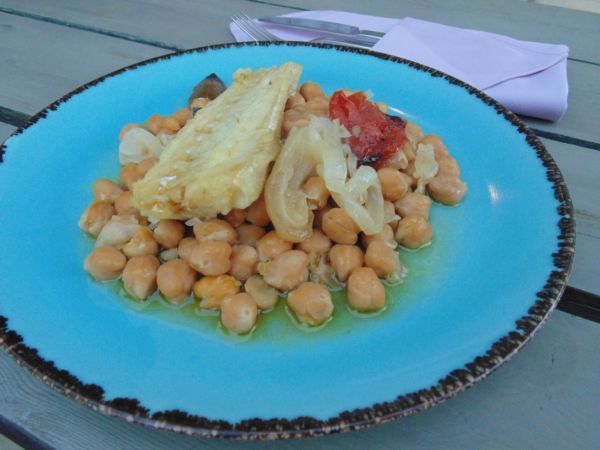 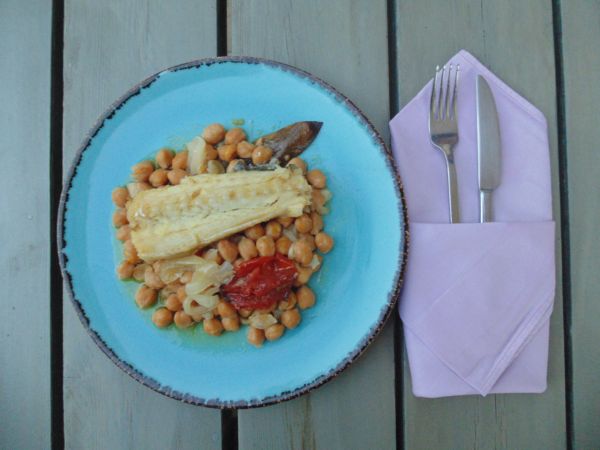