Did you know that the quince is also called "Aphrodite's Apple"? It is the fruit dedicated to the goddess of beauty. That's why she is shown holding a quince. It is reported that the goddess ate one to perfume her mouth before entering the bridal room. Also that the "Golden Apple of Discord" that Paris gave to Venus was quince and not an apple, just that they did not discriminate between the two.

So quinces were known in ancient times as the "Golden Apples". Do you think they got their name from the city of Kydonia (Quince)? It was one of the most important ancient cities of Crete and the city is now the city of Hania, so it’ll come as no surprise that one of the best varieties thrives there.
Maybe this is why we Cretans love quince so much. It’s found in various food preparations and sweets. But one of the most popular and beloved is the Sweet Quince. It’s usually enjoyed with yogurt. There is no cook here in Crete who does not make Sweet Quince.

Method:
Wash the quinces very well, cut the quince into four and remove the pips. Cut into small sticks. Be careful when you’re cutting as this fruit has unusually hard skin. Scrub the fruit well. Don't worry if the quince darkens, rest assured that it won't affect the outcome of our sweet.
Wash the quinces and let them strain very well. Then put them in a large saucepan with the sugar. At this point I would like to tell you that I always use a particular saucepan for jams and sweets. It is large and wide with a relatively thin bottom. Grandmother Irene always said that the pot is important for the success of our sweet. I never really understood it and unfortunately didn't even get to ask. However, I still adore the pot. I suppose, however, that the shape of the pot affects the rate at which the mixture is evaporated, so tying the sweet better.
Cook at high temperature. After it has dried, remove the foams with a spoon and continue boiling for about 10 minutes.
Take the pan off the heat and let it stand for a day. The next day, add the ambrosia and continue boiling, this time over medium heat until it sets. Just before the end, add the lemon juice and if you like, almonds without the husks. See if the sweet has tied by using one of our techniques in our SECRETS.
In this way, the sweet will get a deep red color, but the ripening of the fruit is of course important. In this case, mine were not so mature but I like them because the chunks of fruit are crunchier. In another recipe we will use a different technique to have a yellow effect on our sweet.
Finally, let the sweet cool down and put it in sterile jars, after removing the herbs. 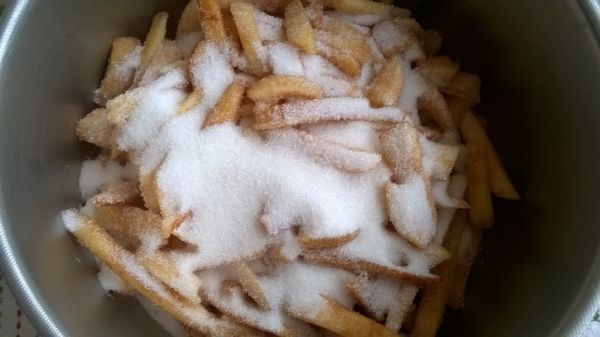 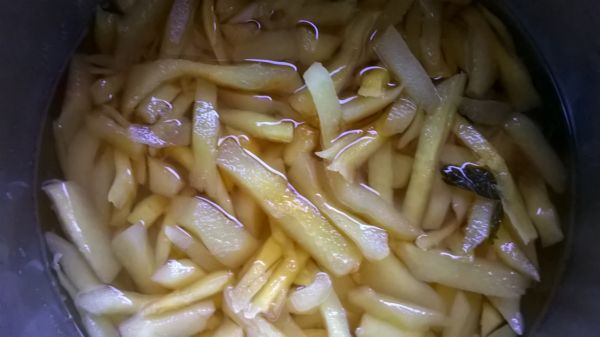 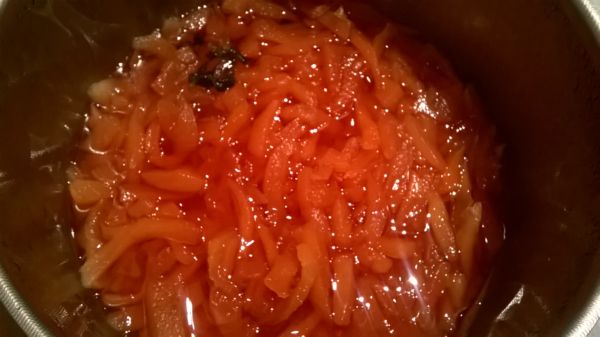 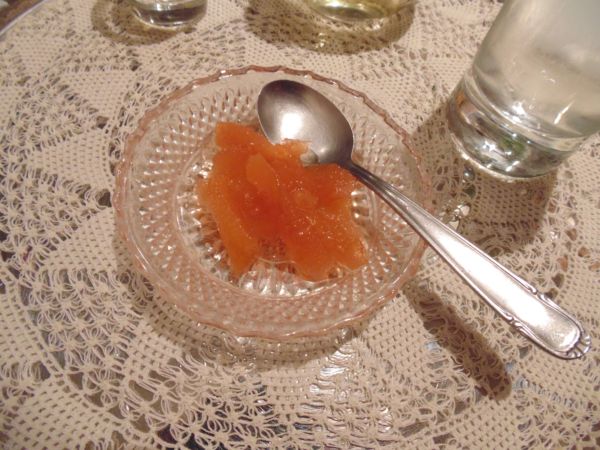