SALAD WITH SHRIMP PASTA AND OCTOPUS

There’s a young, talented kid from my village, Nikos Pouli, who loved and studied cooking and pastry, gained a lot of experience and has become a high-demand kitchen cook and now works as a chef in a large restaurant in Athens. I met him as a lively and charismatic little boy who often came to the village with his father.
Nikos loves cooking as much as his football team, Panathinaikos.

"I really like this job. It's very special. It works the mind, the hands, the taste, the imagination. Everyone working together to make it work,” he told me in the conversations I had with him. What drove Nick into the art of cooking was the intense images he had of his grandmothers when they cooked and from a young age he liked to play with saucepans.
His family, but especially his beloved wife Aigli, pushed him into the profession despite the fact that his early studies were for the job of sound engineer. The sound of the music and the instruments seems to be in his DNA. He loves tradition and was greatly influenced by his village of origin. “I was ten to twelve years old then and every year I went on holiday to the village. Then I realized that Crete is not just a vacation with grandpa and grandmother but a place with history, culture, music, gastronomy etc. So I started reading everything that has to do with our island. I enjoyed the festivities in the village and asked my parents to take me to a music school to learn the lyra (traditional Cretan string instrument) and a club to learn traditional dances. I never intended to become a professional musician because there are a lot of really talented artists out there and also because it has many drawbacks. Later I discovered cooking. "
When he talks about his wife, his mouth is dripping with honey. "Real hero!" he told me. "She has played a big part in my life in general. She has supported me and pushed me into making the right decisions like cooking and that’s why I know I am passionate about it. I am dedicated." The Cretan ancestry of Aigli, with a father from the village of Geni and a mother from Amari Rethymno, seems to have played an important role in his decisions. But above all it is their young son Pantelis who gives the motivation to his father.
Chef Nikos Poulis is a fast rising star of many promising cuisines for the future. This recipe is a fantastic creation and I thank him wholeheartedly.

Method:
Start by boiling the octopus in enough water with a little vinegar to cook. Then cut it into pieces.
Boil the pasta in salted water for 12 minutes. Once ready, strain and cool with plenty of water to stop it cooking more and allow the strainer to drain well as you prepare the remaining ingredients.
Chop all the vegetables, herbs, cucumber, sun-dried tomatoes and capers.
In the meantime, put the drained pasta in a bowl along with the ingredients you have chopped while also seasoning with the thyme, freshly ground pepper (carefully because the capers, pickles and the sun-dried tomatoes will give us a salty taste) and white balsamic.
Mix well and serve! It is a salad that perfectly accompanies a table of fish and seafood, but can stand alone as a main dish, too. 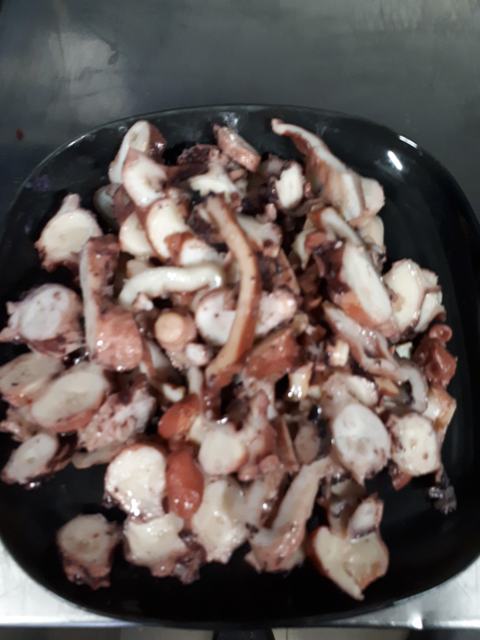 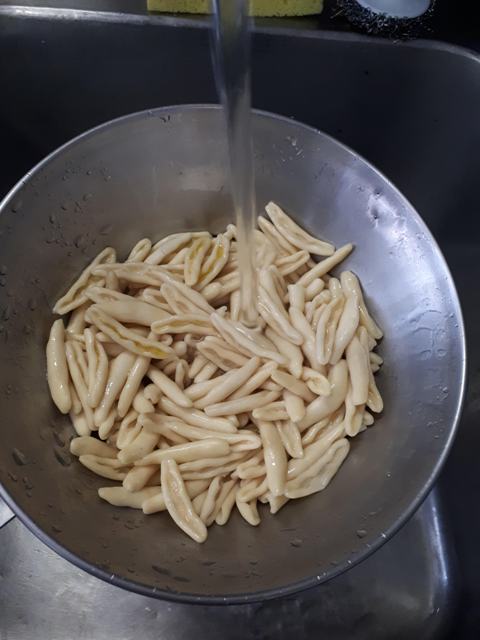 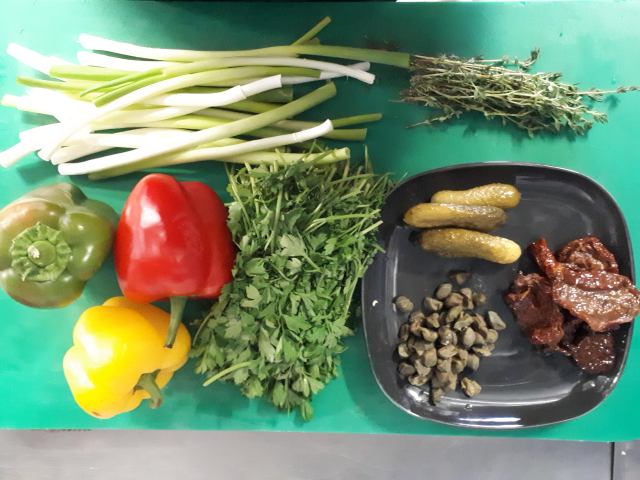 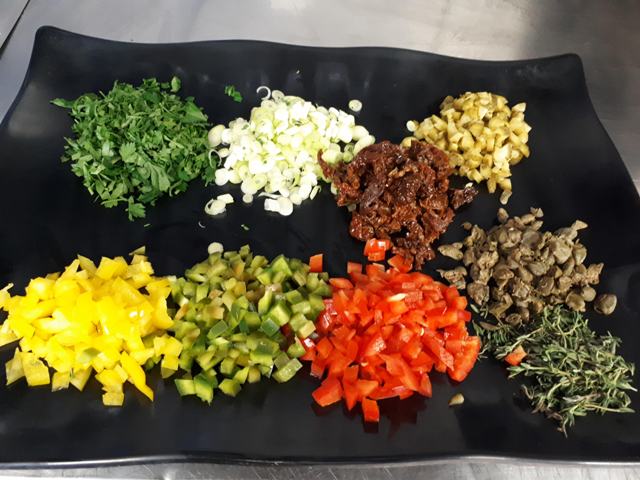 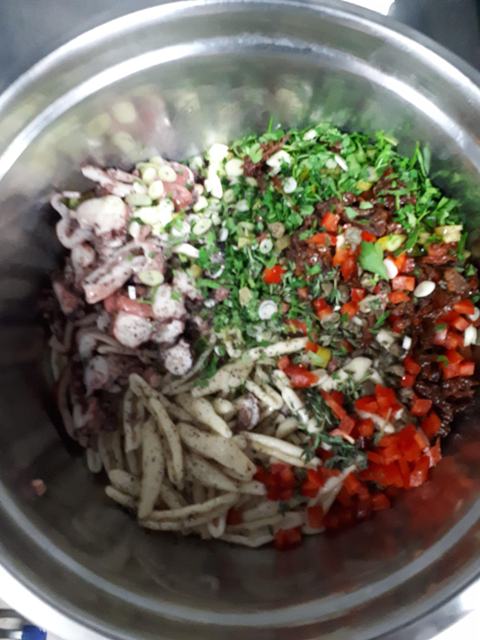 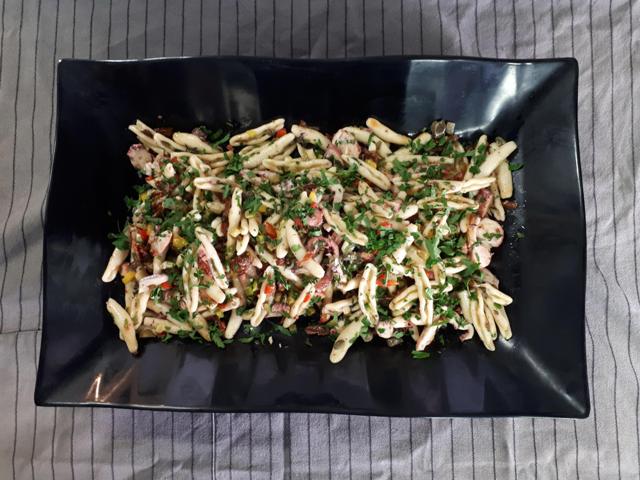 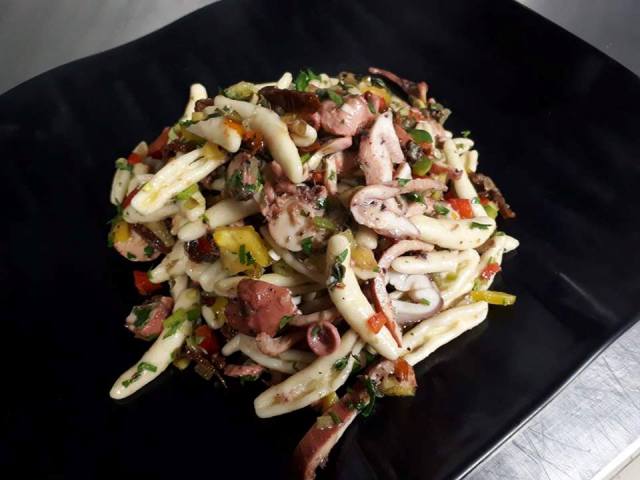